Playing to Learn: Use Games in the Classroom Skip to content
Menu

Playing to Learn: How and Why to Start Your Lessons With a Game 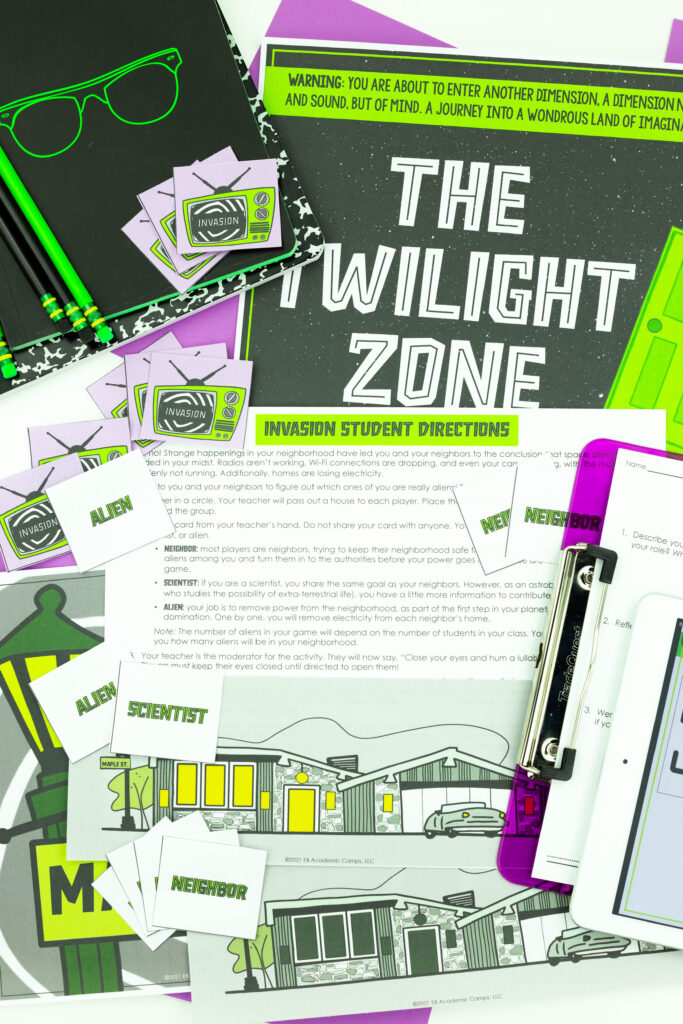 Classroom games aren’t just for killing time or distracting bored kids. When used strategically, games give students the motivation, understanding, and knowledge they need to really grasp a lesson’s standards and messages. Keep reading to see how!

When the curriculum team was brainstorming ideas for our “The Monsters Are Due on Maple Street” Unit, one thing was certain: it had to pull students in from the very beginning. I mean, all our units are designed to do this, but for this one, we felt a good hook was even more essential than usual.

Why? A few reasons. First, this Twilight Zone episode by Rod Serling fascinated audiences of the 1960s. And while the teleplay is still (eerily) relevant today, its audience has changed. For a group of 21st-century students to really become absorbed by a black-and-white episode of a series they have probably never viewed before, a little magic has to draw them in first.

Secondly, and even more importantly, we knew that students would not internalize the conflicts of the episode if they did not experience them a little firsthand. In this famous episode, technology starts to shut down on quaint little Maple Street. Cars won’t start, radios won’t play, and house lights go out. Spurred by a child’s stories of aliens in his science fiction reading, the residents become convinced that alien monsters are among them, disguised as their human neighbors. And when one neighbor’s car mysteriously starts up again, the accusations begin to fly.

This plot was meant to reflect the suspicion and paranoia that plagued Americans during the Cold War. However, it’s easy to see that the topics of mob mentality and suspicion are present in our current lives, as well. So how to hook students and also set them up to internalize the storyline? A game, of course!

In our “Monster’s Are Due on Maple Street” Unit, teachers begin with a game of “Invasion.” This was inspired by other classroom games you have probably seen before, but it has a Maple Street twist! Here’s how it goes:

Of course, “The Monsters Are Due on Maple Street” isn’t the only unit that can begin with a game. Here are just a few other examples we have. See if any of them inspire you to add games to lessons of your own!

Before a Discussion: Don’t Count Me Out

Teachers in the EB Academics Teacher’s Club may recall this game from Issue #25 (Camp Rewind, an ELA skills review lesson). It goes like this:

This game is a great way to introduce discussion skills before a Socratic seminar or small group discussion. You can use it to help students practice cooperating, sharing without interrupting, jumping into a discussion, and holding back to make sure others can participate, too.

Before a Lesson on Evaluating: Two Truths and a Lie

In our lesson on finding credible resources, we begin with Two Truths and a Lie. You know, the classic game where people state two things that are true about themselves and one thing that is false. The other group members have to guess which “fact” is the lie. This is a great game for showing students that evaluation skills are actually something they use in their everyday lives. After a discussion of how they determined their peers’ lies, students will be ready to learn the strategies for determining credible and questionable information on websites.

This game would work before other evaluation lessons, as well. For example, why not play it before teaching students about reliable and unreliable narrators?

Students absolutely love this game, which shares the same general rules as the game of Spoons.Except instead of collecting four of the same numbers, the goal is to try to get four of a kind of plot structure cards (for example, rising action, the definition for rising action, an example of rising action, and a direct quotation for the rising action from either short story). Once a person gets four cards representing the same plot structure element, that player can grab a spoon from the middle. When a student goes for a spoon, the other players race to grab one, too!

Sound like a lot to put together? No worries there — Plot Structure Showdown is part of a free escape room lesson that you can download right now! It can be used to introduce this literary analysis escape room, but It’s also an awesome way to begin a narrative writing lesson or any lesson that incorporates plot.

Of course, we could go on and on with ideas for games, but we’d hate to take up the time you could be using to think of ideas of your own! What units and lessons will you be teaching this semester? Which games can you use to hook students and give them knowledge and skills to set them up for success?

If you have any game ideas to share, let us know in the comments below!

PrevPreviousEp 143: Your Academic Vocabulary Ecosystem
NextEp 144: The Most Effective Way to Teach GrammarNext 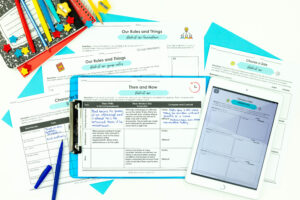 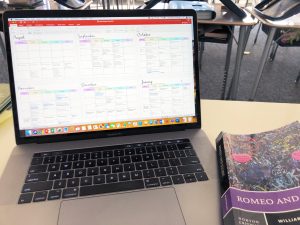 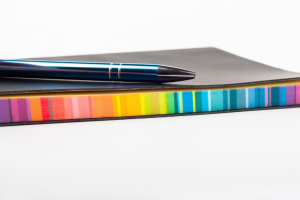 Vocabulary: A New Approach to Teaching 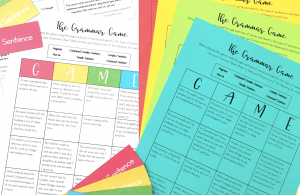